A few days ago when I was browsing my Facebook I received a notification saying my friend Anna mentioned me in a comment. I tapped on the notification and I saw that she had tagged me in the comments on a video from Time Out London about a Powerpuff Girls pop-up place. I’m a huge fan of ‘The Powerpuff Girls’ and I remember watching the original series, which aired from 1998 – 2005, on Cartoon Network after school so I was thrilled to hear about the pop-up, which took place in Soho, London from 1st – 3rd June 2017. Bubbles has always been my favourite because she is sweet, sensitive and caring while Blossom is level-headed, mature and smart and Buttercup is tough, tomboyish and cool.

In 2016 a new series of ‘The Powerpuff Girls’ aired on Cartoon Network and since I no longer have this channel, I have watched some clips of it on YouTube and found it an okay reboot. While the Powerpuff Girls are designed as closely to their original appearances as possible despite the thinner outlines, the background characters look as if they are from other Cartoon Network shows such as ‘Clarence’ and ‘Steven Universe.’ The storylines are decent but since I could only watch short clips on YouTube, I couldn’t fully appreciate them. The original voice cast of the Powerpuff Girls has been replaced by a new cast whose voices for the girls are fine but not a patch on those from the original cast.

The queue to the pop-up; Buttercup, Bubbles and Blossom are more than happy to meet their visitors.

I visited the emporium on its last day of opening and visitors could meet Blossom, Bubbles and Buttercup. There were various activities inside the emporium such as nail and make up bars, a colouring wall, a Mojo Jojo punchbag and a petting room where people could handle rabbits and a snake as well as get free candy floss on light up sticks. The emporium was adorned with several features such as models, stickers, cushions and neon lights of the Powerpuff Girls plus potions and science equipment. 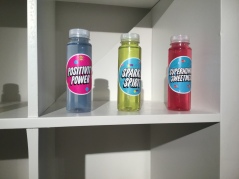 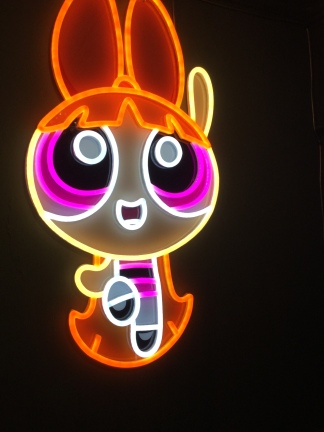 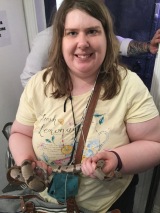 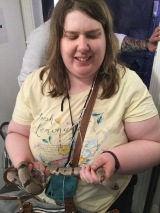 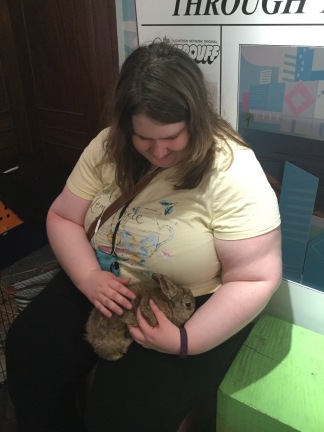 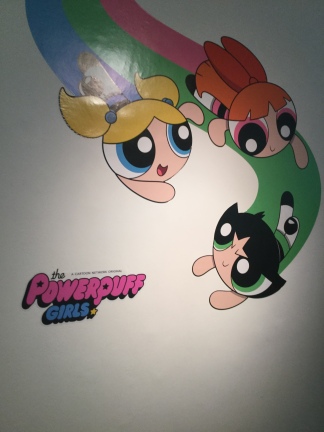 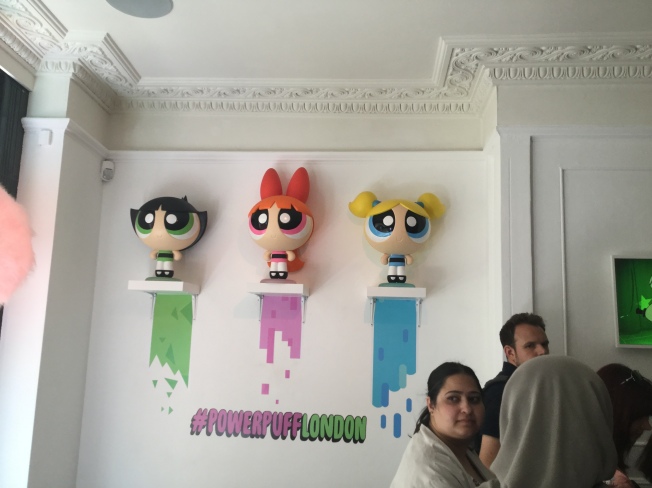 Several features inside the Emporium

Overall The Powerpuff Girls Emporium was a fun little pop-up. It was quite busy but I managed to cope well. While I chose not to have my nails and make up done since the waiting times were rather long and I was going to eat my lunch in the nearby Soho Square afterwards (having my nails painted would not have been practical for this matter), I had great experiences with holding a snake and a rabbit as well as colouring part of the wall. Later that night there was a terrorist attack on London Bridge so I was thankful I was in a different part of London at a different time. My thoughts, heart and prayers are with those who are affected by the attack and I hope everyone in London stays safe.