2017 has been another mixed year for me if a little better than 2016.  Below are my ups and downs of the year:

January saw me beginning to prepare for my move to my new flat by sorting through what to keep and what I no longer wanted so this has been a busy month for me. Despite this I spent some more free time this month by meeting Phil Davies, producer of ‘Peppa Pig’ and ‘Ben and Holly’s Little Kingdom’ at my animation club I used to attend, seeing ‘Moana’ at the cinema and visiting Oxford Street in Central London. I also started visiting my university library as an alumnus to use their Internet because my Internet at home was rubbish at that time as well as do more productive things such as editing YouTube videos.

In February I looked at my first potential flat and while it had a decent-sized bedroom and kitchen and living area I eventually had my heart set on a bigger flat in the same block. I also continued to prepare for my move and visit my university’s library.

My highlight of March was finally moving to my new one-bedroom flat, which is larger than the first one I looked at. I spent most of this month adjusting to my flat as well as getting to know a completely new staff team (although I already knew the manager) and my blockmates. In the first weekend in my flat my parents and grandad came to visit and helped me settle in. I also saw the live action ‘Beauty and the Beast’ film with one of my friends and her former colleague and we all thoroughly enjoyed it.

April was awesome! I had a lovely Easter break with my family by having fish and chips and a Maundy Thursday service at my mum’s church; shopping in Newport with my dad; visiting Penarth with my parents and my brother; watching my dad fishing; visiting my grandparents; and going to Cardiff with my mum. I also started inviting my friend from down my street over at weekends. In the last weekend of April I went to Bournemouth to meet the YouTubers Brogan Tate and Sam from Sam4G0d. Although I found it difficult to talk to people I was unfamiliar with and felt a bit unwell due to my nerves and maybe the heat I found Brogan, her mum, Sam and a lady called Paula lovely and easy to speak to.

In May I had to deal with some difficult moments such as my friend from down my street being in hospital and my dad being ill for quite some time but the best part of the month was turning 30. I celebrated by having a tea party with some relatives much like the previous year.

At the beginning of June I visited The Powerpuff Girls Emporium Pop-Up in Soho, London and I enjoyed it. Towards the end of the month I went to another friend’s birthday party and had a new bed assembled for me because the ones that were originally provided by the block were not strong enough to support my weight and I also ended the month on an all-time low by not feeling myself.

I began to perk up a bit more at the start of July but towards the middle of the month I felt anxious due to a member of staff asking to do things for me at the last minute and at the most inconvenient time. The staff member also asked me if I wanted to engage with other tenants but I felt too uncomfortable to do so. My highlight of July was my Race for Life event where I did a 5k walk around Hyde Park in memory of my grandma who lost her life to lung cancer in 2000. My legs and feet ached for a couple of days afterwards but the walk was worth it and I started fundraising for the walk.

In August I went to a family barbecue at the beginning of the month to celebrate my cousin’s eldest son’s third birthday and I also met her youngest son, who was born on Christmas Day 2016, for the first time. I also reached 100 subscribers on my YouTube channel and held my first Q and A to mark the milestone. At the end of the month I spent my first day at the Alcon anime and gaming convention in Leicester. 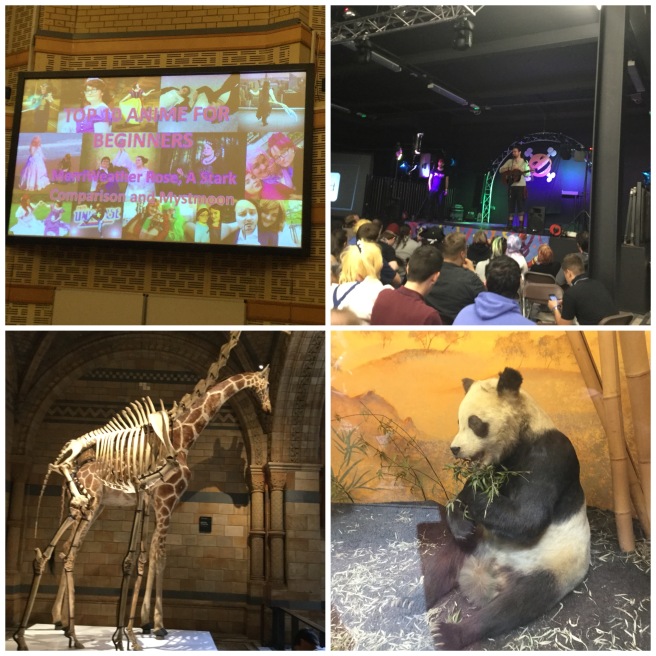 At the beginning of September I continued to spend the first four days of the month at Alcon and a couple of days later my mum came down to London to stay with my grandad and spend some time with me. I went to the Natural History Museum with her and went to Borehamwood for lunch and shopping with her and my grandad. Towards the end of the month I had to put up with some difficult comments on my blog and I began to think of some ways to deal with them.

In the first full week of October I wrote a blog post about how it felt to receive difficult comments on my blog and social media. The feedback I received on the post was better than I expected. I also decided to think about what I eat and the exercise I do by tracking them as well as my weight on MyFitnessPal like I did a few years ago and I lost 2kg in my first two weeks. I didn’t feel my best this month so I decided to have another break from blogging to focus on editing my backlog of videos. My washer-dryer also stopped working efficiently this month and it caused a leakage onto the floor below so I had to use the washer-dryer of my house support staff. I also spoke to an outreach coordinator about finding work. For the last few days of the month my grandad and I stayed with my parents. 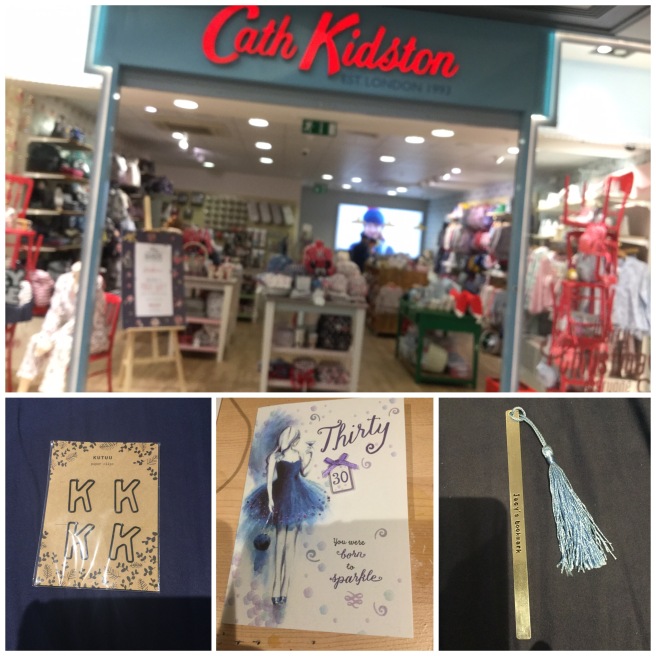 At the beginning of November my grandad and I returned to London. In that same week I experienced some issues with my laptop so I took it to my local Apple Store to have its data erased (I backed it up beforehand) and its operating system downgraded to make it run more smoothly. My washer-dryer was also fixed. I returned to the blogosphere by writing three blog posts over three consecutive days and I wrote two more the following week. I also decided not to receive any more comments on my new blog posts due to having received some difficult ones. This is also the first whole month I went without seeing my friend from down the street for a while due to her feeling poorly at the beginning of the month and feeling overwhelmed and stressed towards the end of the month. 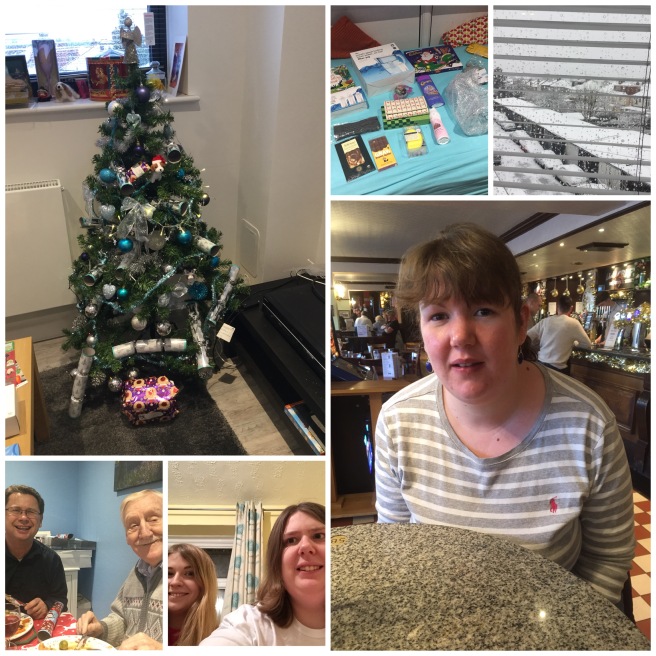 December saw me putting up my first big Christmas tree in my flat and decorating it. My parents also came down to see me in London for the weekend. I was excited when I saw snow in London for the first time a while but it did mean my parents needed to stay at my flat for one more night. The following weekend I had my friend back over at my flat two months after she last visited me. We watched ‘Brave’ alongside its accompanying short films and we exchanged Christmas presents. I received my first mean comment on one of my YouTube videos for the first time in a while so I reported and blocked the person who made the comment and I deleted the comment. My grandad and I stayed with my parents over Christmas but on my first night I stayed at my sister’s house. Christmas Day was quite tough due to my brother’s meltdown but good things about it were my mum’s home cooked Christmas dinner, quality family time on the whole and being eternally grateful for all my gifts. My eldest cousin’s youngest son turned one that day while another cousin of mine announced that she is expecting her third child who is due in June 2018. I also saw another one of my friends in her hometown of Swansea for the first time in two years.

My aims, wishes and goals of 2018 are continuing with my MyFitnessPal plan, seeking more fitness classes to attend, getting my ears pierced again, not to get too worked up if my expectations are not met, continuing developing my independence within my flat, working on some personal projects to determine the final outcome of their subject matters and acquiring a job once and for all.