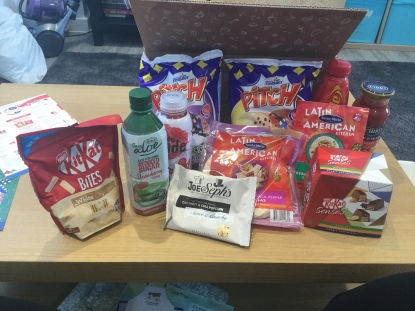 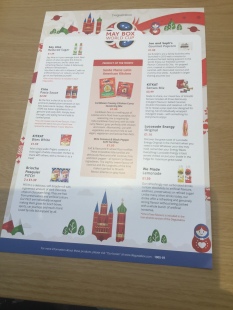 In my May 2018 Degustabox I received the following items:

Prior to the Kit Kat Senses Mix there was already a product called Kit Kat Senses that was launched in the late 2000s. Each bar had a smooth hazelnut filling and only 165 calories (hands up if you remember the original Kit Kat Senses bar!). 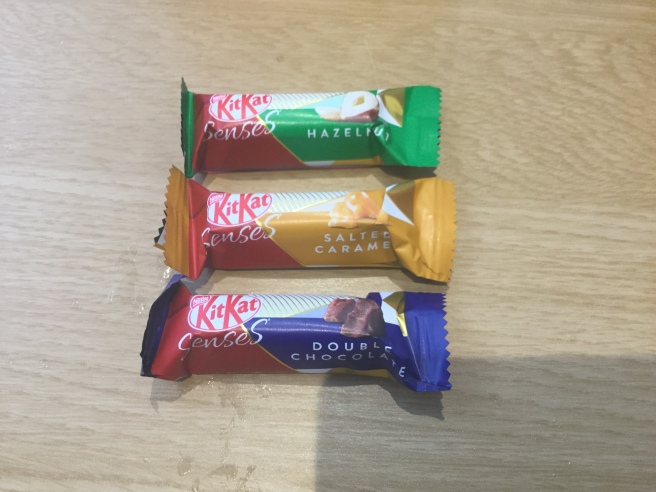 According to Kev from Kev’s Snack Reviews (I’ve been reading his food review blog for several years now and it’s absolutely amazing), the original Kit Kat Senses were relaunched in the form of smaller bars in three different flavours in a share box. I have already bought the box of Kit Kat Senses Hazelnut and I really like them. The Kit Kat Senses Mix box not only consists of the Hazelnut variety but also it includes Salted Caramel and Double Chocolate varieties.

I’m not a fan of salted caramel but I tried this flavour anyway. I was met with a sweet-tasting creamy caramel topping followed by a salty aftertaste and this wasn’t my favourite variety in the box. 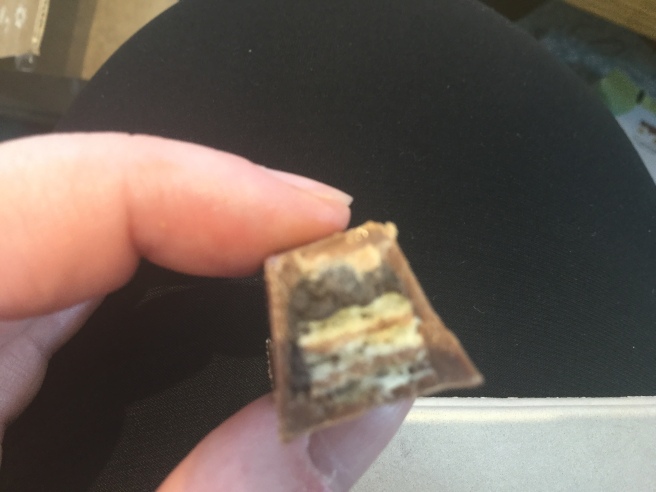 The Double Chocolate one sounded more promising with a rich creamy chocolate filling and the crunchy texture of cocoa nibs.

The Hazelnut variety remains my favourite and has a smooth hazelnut flavoured topping with little hazelnut pieces.

I like how the box containing the chocolates opens out and these would be ideal to serve to guests at a party. 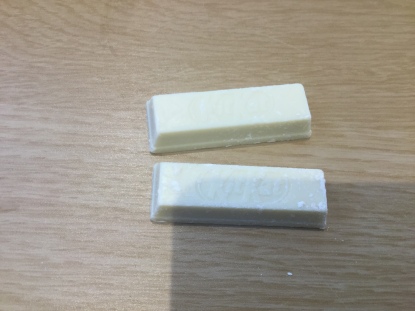 I have also tried these before when I purchased them from Poundland and these were as delicious as the Hazelnut Kit Kat Senses. They had the usual crispy wafer centre and a smooth and creamy white chocolate coating much like that on Kit Kat White and Kit Kat Chunky White. 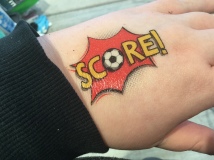 I once tried the chocolate chip version when I was given it for free after I participated in Race for Life last year and it was a pretty good post-walk energy boost. I received a pack of the chocolate chip Brioche Pasquier Pitch as well as one of those with a chocolate filling. My favourite out of the two is the one with the chocolate filling because it is quite rich yet smooth. I even liked how each pack came with a free football-themed temporary tattoo to tie in with the World Cup.

Although I liked the strawberry flavour of this drink I found it to have a very unusual texture from the bits of aloe vera and it even had a rather strong aloe vera aftertaste. 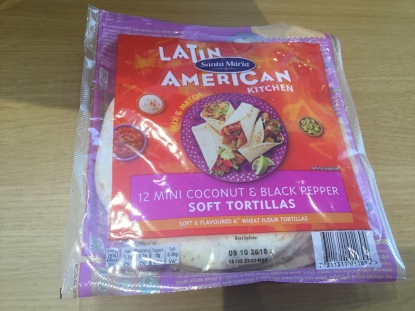 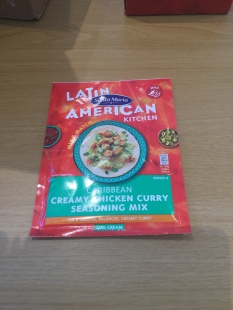 There are 12 tortillas in a pack and upon opening them they had a strong coconut aroma. I first tried these filled with cooked chicken, cucumber, spring onions, cucumber, garlic and herb sauce and mild salsa (although I forgot to add the salsa before taking the photograph!) and they made a great light supper. The tortillas even tasted quite strongly of coconut, which was a great contrast to the salsa in the wraps and a good complement to the chicken and the garlic and herb sauce.

I was a little apprehensive when I saw that this month’s Degustabox included the Caribbean Creamy Chicken Curry Seasoning Mix because I was worried that it would be too spicy for my liking but when I looked at the packet during the filming of my unboxing video I saw that it was mildly spiced and hoped it would be tolerable to me. True to its word, the seasoning wasn’t too spicy at all. It had a gentle hint of heat and like the tortillas it was very aromatic. I mixed the seasoning with cooked chicken, garlic, coriander, mushrooms, spring onions, olive oil, a chicken stock cube, cornflour and milk (the recipe on the reverse of the list of products calls for cream but I didn’t have any to hand so I used skimmed milk instead to make it a little bit healthier) and put the filling in more of the tortillas. I also ate the Caribbean creamy chicken curry-filled tortillas with garlic and herb sauce. 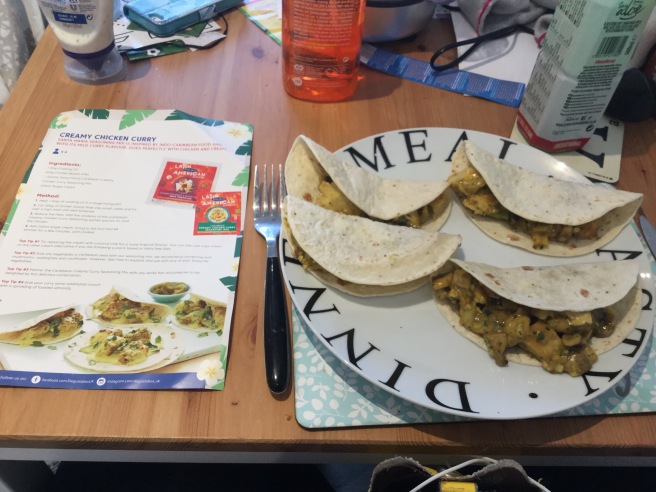 The next time I used the seasoning I made some more Caribbean creamy chicken curry with red peppers, onions, stock cubes, cornflour, garlic and reduced fat coconut milk and served it with some brown rice and a coconut and black pepper tortilla on the side. I even added some seasoning to the rice to give it more flavour. 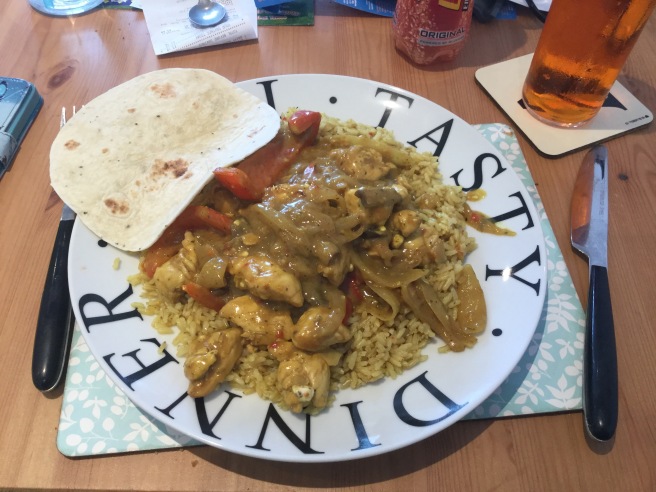 Like the Santa Maria Mini Coconut & Black Pepper Soft Tortillas, these also had a great coconut taste as well as a hint of sweet caramel. While I couldn’t taste the chia seeds, they added a lovely crunch to the popcorn.

We Made… Lemonade – Raspberry & Lemon 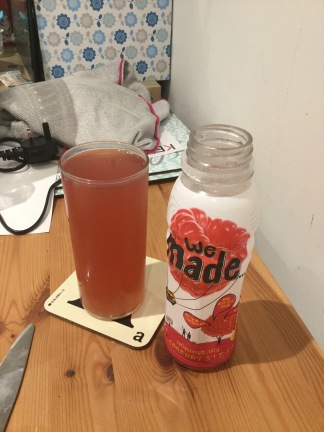 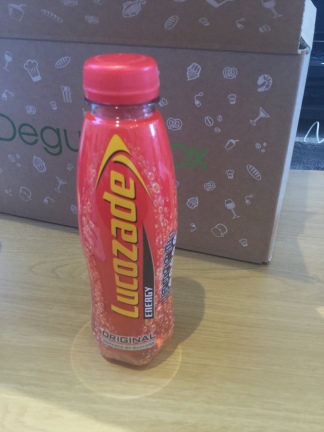 This is another product I tried prior to receiving the May Degustabox but not for a while so I was quite pleased to receive it. Lucozade Original is just as good as the orange version that I received in the April Degustabox and it has a distinctive taste.

This was an essential staple to have on hand and mix with minced beef and onions, garlic, red pepper and mushrooms. I ate this with Orwell Organic Green Soybean Pasta that I got in my #BlogConLDN goody bag and while the pasta itself had an unusual texture and an acquired taste the bolognese sauce complemented it quite well. I ate the rest of the bolognese sauce with wholewheat fusilli pasta the following day.

Overall although I initially wasn’t quite as impressed with this box as the April one, I grew to like many of the products especially the hazelnut Kit Kat Senses, Kit Kat Bites White Chocolate, the We Made… Raspberry and Lemon lemonade, the Santa Maria Coconut and Black Pepper Mini Flour Tortillas and the Santa Maria Caribbean Creamy Chicken Curry Seasoning Mix.

You can watch my unboxing and review video of the May 2018 Degustabox here: