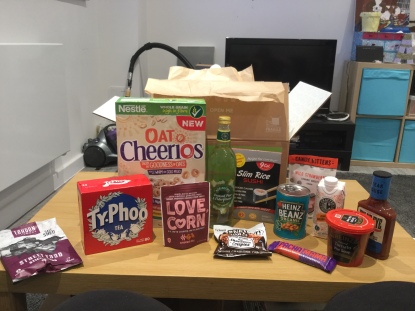 I received the following items in my April 2019 Degusta Box: 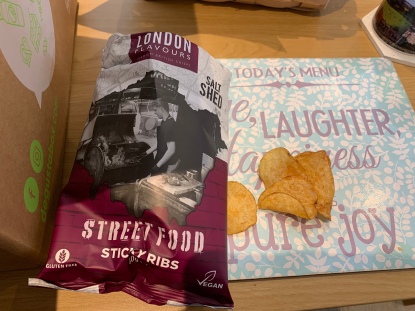 After having already received the Sea Salt & Malt Vinegar and Cheddar & Onion varieties in the July 2018 box, I was thrilled to receive a completely different flavour of crisps from a unique-sounding range. These crisps had an authentic sticky barbecue ribs flavour. Despite the aftertaste that tasted like liquorice or aniseed (two types of food I don’t like), I enjoyed trying this new variety of London Flavours crisps.

Since 1903, people across Britain have put the, “Oo!” in Typhoo. I love the retro-style design on the box. The first time I tried this tea was when I had a friend over at my flat and although it tasted very much like any other ordinary tea I have ever tried, both my friend and I thought it was very high quality tea.

This tin of organic baked beans was a store cupboard staple. They had a slightly richer taste than ordinary and No Added Sugar Heinz Beanz, but they were a great accompaniment to Birds Eye Chicken Dippers and Mini Potato Waffles. I used the remainder of the tin as well as a small tin of Heinz Beanz No Added Sugar in chilli con carne because I don’t like kidney beans, which are the usual beans to add to chilli con carne.

I have tried Slim Rice in the past when I was on a low-carb diet, so I was surprised to see that there was a sushi rice version. Because I am not a big sushi fan and I had no intention in making any, I gave this to my mum when I stayed with her over Easter so that she could put it in the oddities section of her church’s food bank.

This is the first time I have received cereal in my Degusta Box since June 2017. These Cheerios had a sweet and wholesome flavour. I tried them with both cold and warm milk. I preferred them with cold milk because the warm milk made them soggy and chewy. 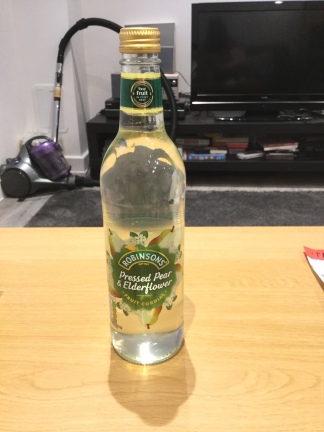 I enjoy drinking fruit cordials whether they are diluted with still water, sparkling water or diet lemonade, so I was happy to receive this in my Degusta Box. The fruity flavour of the pear and the fragrant taste of the elderflower blended together perfectly. I have tried this diluted with both still water and diet lemonade.

I have tried other varieties of Candy Kittens before such as Sour Watermelon and Eton Mess. These ones reminded very much of the Eton Mess ones, although they were slightly less sweet and were somewhat more sour in flavour.

I have already tried the Bull’s Eye Original BBQ Sauce, therefore I was intrigued to see this in my box. I haven’t tried the New York Steakhouse variety yet, but when I do, I will try it with steak and maybe with slow cooker barbecue pulled pork. 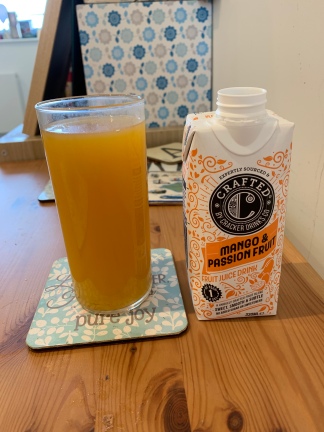 This had a slightly rich fruity flavour yet it still refreshed me. It even counted as one of my five a day of fruit and vegetables. 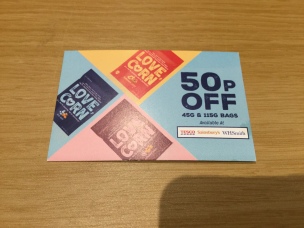 I have previously tried roasted or toasted corn in Food Doctor snack mixes that I received in my April 2017 Degusta Box and I came across Love, Corn whilst browsing Ocado, so I was pleased to receive this. The corn had a pleasant crunchy texture and a delicious smoked barbecue flavour if it had an unusual aftertaste. I even used the enclosed coupon to get money off a bigger pack in Sainsbury’s. 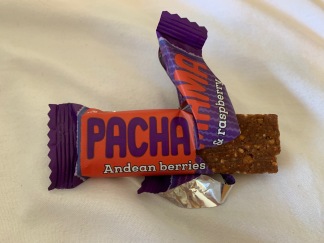 This reminded me very much of nakd Bars. It had a slightly chewy texture and a zingy fruity taste.

I already enjoy eating regular Heinz Cream of Tomato Soup and I found receiving the soup in a microwaveable pot very interesting. I ate this with some Love, Corn Smoked BBQ and a dollop of sour cream and chive dip on top along with some buttered bread and cheese. Degusta Box ran an April Favourites competition where the first place winner could win three boxes, the second place winner could win two boxes and the third place winner could win one box. I used my photograph of the aforementioned way I ate my soup as my entry, but I didn’t win. 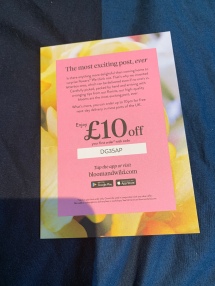 In addition to my Degusta Box contents and the Love, Corn coupon, I received a £24.00 voucher of beer money for BEER52 and flyers to promote The Skinny Food Co. Chocolate Crispies and Bloom & Wild. While I would consider trying other products from The Skinny Food Co. and I might order flowers from Bloom & Wild in the future, I didn’t use my BEER52 beer money voucher because I don’t drink alcohol.

To conclude, I was very impressed with the selection of items in the April 2019 Degusta Box. My particular favourites were the Love, Corn Smoked BBQ, the Heinz Cream of Tomato Pot Soup, the Heinz Organic Beanz, the Robinson’s Pressed Pear & Elderflower Fruit Cordial and the Nestlé Oat Cheerios.

I have filmed an unboxing and review video for the April 2019 Degusta Box that you can watch above. This is also my last ever Degusta Box Unboxing and Review video because my videos in this series have not had as many views as other videos on my YouTube channel; however I will continue to write blog posts about future Degusta Boxes I will receive.

Disclaimer: This is not a sponsored blog post. All opinions expressed are my own apart from my friend’s additional opinion of the Typhoo Tea.