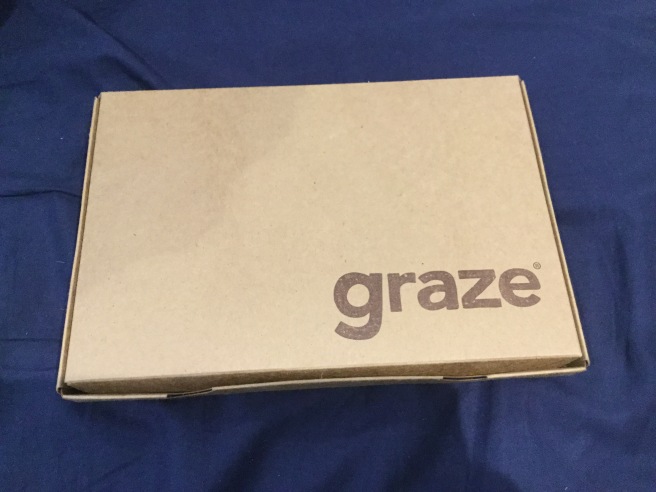 Graze is a company that manufactures a variety of snacks that get delivered in the post. Each box comes with four snacks in handy punnets and fits easily through most letterboxes including mine. Subscribers can choose what day of the week they want to receive their boxes on and whether they want to receive them weekly or fortnightly. There are three different types of Graze box available: Variety, Light and Protein. While the Variety Box gives customers the biggest choice of snacks the Light Box contains snacks that are under 150 calories each and the Protein Box contains snacks that are high in protein. Customers can pick and choose whichever snacks they’d like to receive according to their personal tastes. As an added bonus the boxes, punnets and information leaflets are very easy to recycle.

I first subscribed to Graze a few years ago starting with their Variety Box and then moving on to their Light Box. I eventually unsubscribed and went on to purchase the occasional Graze snack from shops such as Boots and Sainsbury’s. When I moved to my own flat in March 2017 I subscribed to the Degustabox but I cancelled after only four boxes so I decided to replace them with fortnightly Graze Variety Boxes. 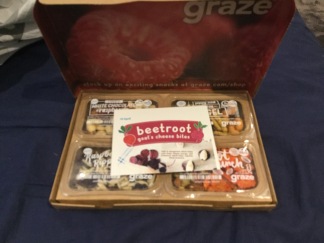 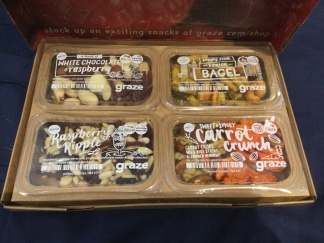 The first box I received for the first time in a while contained the following snacks: Poppyseed and Onion Bagel, A Touch of White Chocolate and Raspberry, Raspberry Ripple and Sweet & Smoky Carrot Crunch. While the sweet snacks were similar in terms of them both containing raspberry strings hence their names, both savoury snacks were also quite similar due to containing savoury sticks. My favourite snacks in this box were the Poppyseed and Onion Bagel and A Touch of White Chocolate and Raspberry because I liked the taste of the poppyseed and onion sticks while I love the classic white chocolate and raspberry combination. Although the dried carrots in the Sweet & Smoky Carrot Crunch were too sweet for my tastes I liked the Raspberry Ripple snack despite its likeness to the white chocolate and raspberry one. 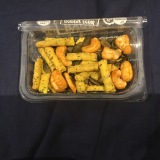 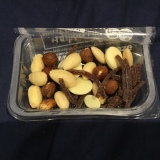 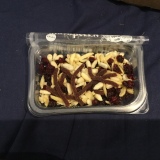 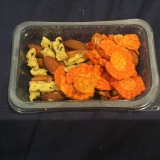 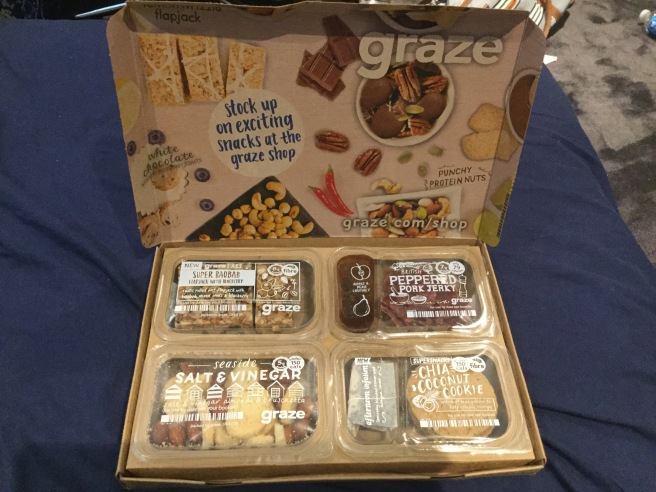 The second box I received contained the following snacks:

Super Baobab Flapjack with Blueberry, Peppered Pork Jerky, Seaside Salt and Vinegar and Chia and Coconut Cookie with an Afternoon Infusion. I will give my verdict on each snack individually since receiving them more recently has enabled me to review them in more depth. 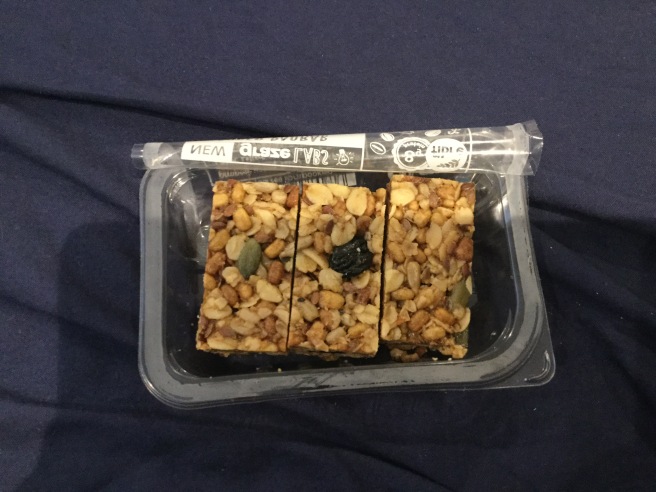 I have previously heard of baobab when I was in my third year of my animation degree at university and some people from Aduna, which makes baobab powder as well as other products containing baobab, came to visit. Some students worked in collaboration with Aduna to make animations for their “Make Baobab Famous” campaign. I was pleased to see baobab as an added ingredient to the flapjacks and they had a pleasantly sweet flavour. I also like the idea of receiving three small flapjacks in one punnet so I can eat one and save the other two for other times. 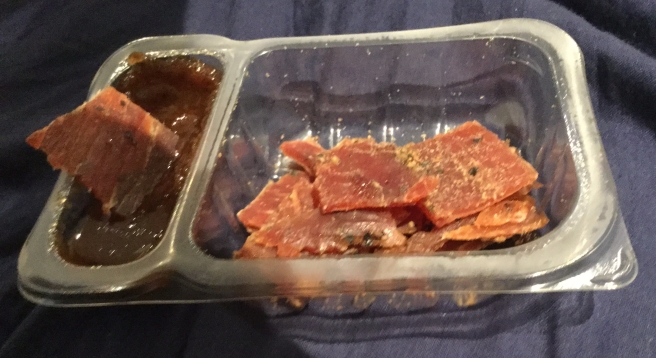 The Peppered Pork Jerky was very tasty. It wasn’t too peppery and I liked the addition of apple and pear chutney to dip the jerky into because I think pork complements orchard fruits very well, particularly apples. 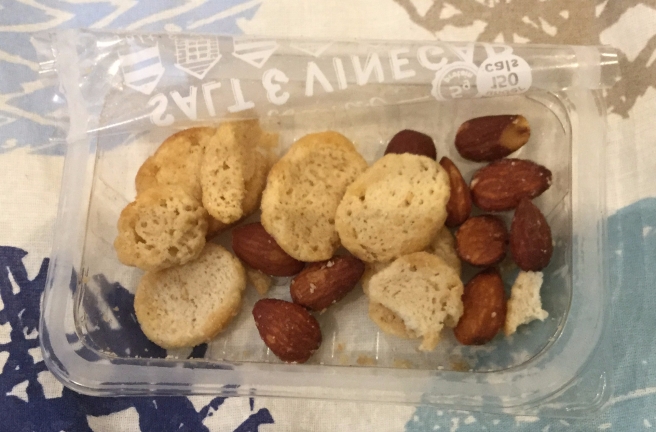 The Seaside Salt and Vinegar was absolutely delicious! Not only did I like the beach hut design on the lid but I also liked the crunch of the bruschetta and almonds as well as the salt and vinegar flavour throughout. This snack was so good I had already eaten half the punnet by the time this photo was taken as you can tell! 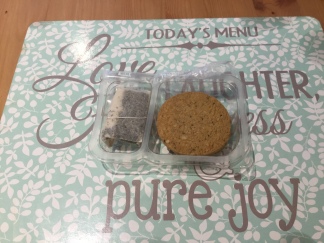 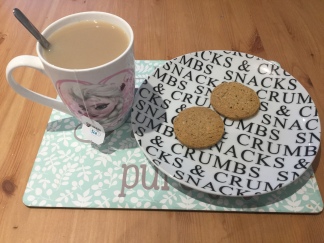 Finally the Chia and Coconut Cookies had a lovely sweet taste and a satisfying crunchy texture from the coconut and chia seeds. The afternoon infusion had earthy and fruity notes as well as a hint of aniseed. Although I don’t like aniseed the afternoon infusion was pretty decent for what it was.

Overall while I liked the majority of snacks apart from the dried carrots in my first box I enjoyed the second box the most because it had a more diverse range of snacks. I also like the flexibility of choosing which snacks I’d like to receive as well as what day to receive them on and how often. This post about Graze boxes is a one-off because I feel the frequency of me receiving the snacks might make posts like this one repetitive but I enjoyed sharing my opinions of the snacks in my first two boxes I received for the first time in a few years.