Here are my favourite things regarding events, homeware, music, YouTube and an app I enjoyed during this quarter: 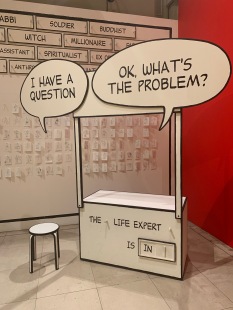 This exhibition took place at Somerset House in London from 25th October 2018 to 3rd March 2019. I saw it on 15th February 2019. As a child, I watched a few episodes of The Charlie Brown and Snoopy Show (1983 – 1985) on VHS while I discovered more Charlie Brown and Snoopy films in the form of A Boy Named Charlie Brown (1969) and Snoopy, Come Home (1972) in early adulthood when I rented them on DVD. I also own some Snoopy pyjamas as an adult. In terms of enjoying elements of Peanuts as a child and an adult, I thoroughly enjoyed the exhibition. It consisted of lots of Peanuts merchandise, comic strips and even a Snoopy Cinema where visitors could watch some animated Peanuts clips. I took home two postcards of Charlie Brown and Schroeder to remind me of the exhibition as well as plenty of photos, some of which I will share here.

The arrival of my cousin and his fiancée’s baby boy 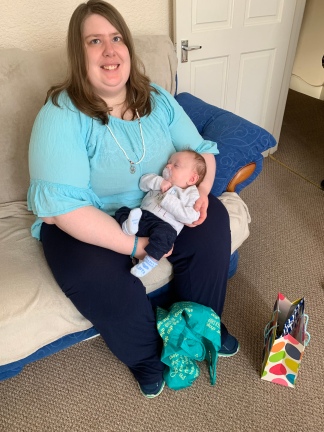 On 4th March 2019, my cousin’s fiancée had their first child – a boy. I was very excited about this news as two of my other cousins had children within the past 11 years. My dad and I visited my cousin, his fiancée and their son on Good Friday 2019. Although the new arrival cried a lot when I first met him as he was waiting to be fed, it was lovely to get to hold him and I even brought over some gifts for him.

Letter board from Matalan

After having seen numerous Instagram posts with retro-style menu letter boards or message boards whether they were used to display birth announcements or inspirational quotes, I decided I wanted to purchase one for myself. I bought it in the Matalan sales for £4.00 (down from £10.00). So far I have used it for putting a list of things to look forward to in March and an agenda for April as well as some quotes and the announcement of my cousin and his fiancée’s son’s arrival. I have also ordered some extra letters, numbers and characters from eBay to go into the board.

The first three of my favourite songs were performed at the BRIT Awards 2019 (see Part 1 for more information). They were all very catchy and well sung.

Calvin Harris medley at the BRIT Awards 2019 (included Promises with Sam Smith, Giant with Rag’n’Bone Man and One Kiss with Dua Lipa – see Part 1 for the embedded video)

Little Mix feat. Nicki Minaj – Woman Like Me (Note: Ms. Banks performed the song with Little Mix in place of Minaj at the BRITs.)

I discovered this song when Sandé performed it on the Red Nose Day appeal show (see Part 1 for more information). It is absolutely beautiful and it’s her best song since Starlight.

BabbleTop is a YouTube channel that is completely devoted to food. It includes top 10 lists of topics such as discontinued food items we missed, cancelled McDonald’s items and Pringles flavours that we never knew existed. As a foodie, this channel is very appealing and it often features topics that not a lot of viewers would think of.

Becks Corner is an American-based lifestyle channel that I discovered through Melanie Kate when Melanie and Beck, the main woman behind Becks corner, collaborated to make washi tape planner/journal idea videos. Not only does Beck’s channel consist of planner/journal videos, but it also includes videos about her weight loss journey, shopping hauls and cooking videos. While her shopping hauls and cooking videos are especially appealing, I also enjoyed her Never Have I Ever videos that she did with her parents because they were great fun and I loved playing along in the comments.

Katnipp is an art and illustration channel that is hosted by a woman named Catherine. I heard about Catherine through Brogan Tate, another one of my favourite YouTubers who is a loyal viewer and customer of hers. While Catherine’s art style is cute, two of her vlogs I especially enjoyed were one where she rescues a dog and visits York and one where she purchases a new MacBook Pro. The former vlog reminds me of when I was about nine and my dad found a dog without his lead when we were in the car, so my dad took the dog to the nearest RSPCA centre, and when I went to York last year, while the latter reminds me of when I purchased a new MacBook Pro myself towards the end of last year. Catherine is very sweet whether in her vlogs or in the comments on her own videos or in the comments on other people’s videos. She also owns an Etsy shop and I would definitely consider purchasing her creations someday. 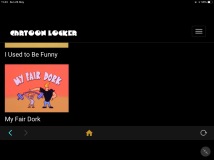 Cartoon Locker is an app I came across whilst browsing Twitter. It is an app where users can view various films and TV shows including classic cartoons from my childhood such as Dexter’s Laboratory, The Powerpuff Girls and Johnny Bravo. While the app is free to download, subscription costs $2.00 (around £1.50 plus a small non-Sterling transaction fee in the U.K.) per week. Despite some glitchy episodes of Johnny Bravo, only the first season of The Powerpuff Girls being available to view and some missing episodes of Dexter’s Laboratory, Cartoon Locker is a fun app that brings back lots of fond childhood memories.

One Kiss with Dua Lipa

One thought on “January, February and March 2019 Favourites Part 2”