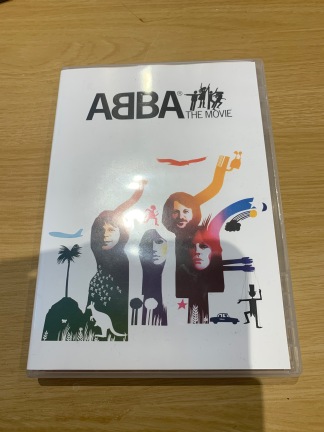 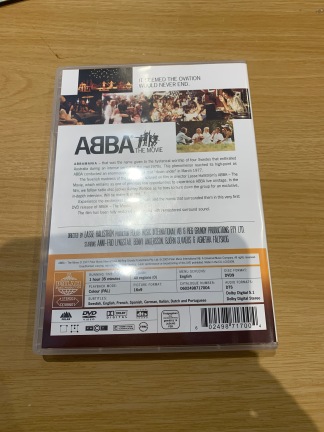 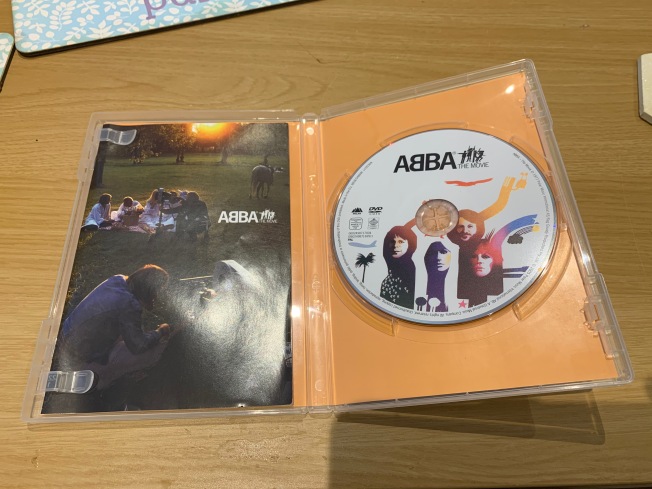 I have listed ABBA as an old favourite in Part 1 of my April, May and June 2019 Favourites blog post. Upon revisiting their music this year, I recalled that they had their own movie and I remember watching about half of it on VH1 when I was 18. I wanted to watch the whole film from the start , but I couldn’t find a decent version for online streaming, so I decided to buy the DVD from Amazon.

The film revolves around ABBA (each member was played by themselves) as they toured around Australia in 1977 and radio DJ Ashley Wallace (Robert Hughes) tries to get an interview with them. What I liked best about the film were the live concert performances throughout, a rather amusing press conference scene and a dream sequence set to The Name of the Game. Although I enjoyed Spiceworld: The Movie more as it was a firm childhood favourite of mine, I can still recommend ABBA: The Movie to ABBA fans everywhere.

I enjoyed watching the original The Crystal Maze series when I was younger and I also like the revived series that Richard Ayoade has presented since 2017. In this year’s celebrity edition, famous contestants included Carol Vorderman, Ashley Taylor Dawson, Gemma Collins and Vic Reeves. Even though the Medieval Zone has been replaced with the Eastern  Zone in this year’s series, it was still an entertaining series to watch.

I can vaguely remember watching the original series of Supermarket Sweep with the late Dale Winton when I was a child, but when I heard that it was going to be revived on ITV 2 this year, I decided to give it a go anyway. Besides Celebrity Big Brother 2013, the Supermarket Sweep revival is the other programme on which I actually liked Rylan Clark-Neal (I wasn’t as keen on him on the 2012 series of The X Factor) and I think he did a good job presenting the revival. Even though the show included some cringeworthy moments, particularly the episode featuring Love Island couples, the supermarket in this series was more colourful than that in the original series, I liked the new Stars and their Buys round (where Rylan read a receipt of items and the contestants had to guess which celebrity bought them) while Gary the security guard and Jennie McAlpine as the voiceover lady were worthwhile additions. 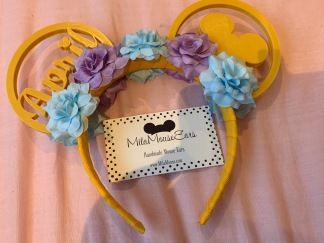 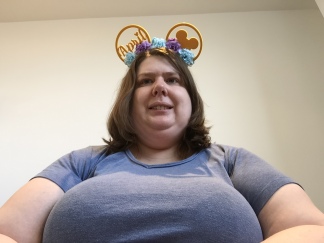 I first saw Brogan Tate wearing these ears and I thought they were really cool, so I decided to buy a pair of my own. They were made by an American woman named Joanna and the main ear parts (one with my name, the other with a Micky Mouse motif) were made from laser cut plastic much like Tatty Devine name necklaces. The ears are also adorned with beautiful blue and purple flowers, although I wish I had chosen to have small yellow flowers in between the blue and purple ones, but I got confused by the flower options whilst completing the online order form. Sadly Joanna has since closed her business, but I’m glad I bought a pair of her personalised ears when I did.

I first heard of Joey when I saw that he had collaborated with Rosanna Pansino in a video where they mixed up a lot of different flavours of cake mix. He hosts a YouTube Premium Original series called Escape the Night that stars several other YouTubers including Rosanna and Colleen Ballinger, which I would like to give a watch myself. Videos of Joey’s I particularly enjoyed this quarter were his Draw My Life video (which inspired me to create my series of autism videos for my neurodivergent recruitment agency’s YouTube channel), his video where he buys everything his dogs touch and his vlog where his dog Lark gives birth to seven puppies.

I started watching Daniel at around the same time as Joey and he also made a vlog where Lark had her puppies.

When I visited my friend Carys in Swansea in September, we were watching YouTube at her house and she decided to show me Brian Hull, who she stumbled upon whilst browsing the platform. The first video we watched of his that day was one where he did a duet with Brizzy Voices (real name Anna Brisbin) of the song Shallow from the film A Star Is Born in various 90s cartoon character voices. She also showed me a video of Brian doing voice impressions of characters such as Gru from the Despicable Me franchise and Shrek at Universal Hollywood Studios theme park. After having watched these videos, I discovered that the first video of Brian’s I ever watched was one where he sang Let it Go from Frozen in various Disney and Pixar character voices. I think Brian is a funny and talented YouTuber.

With regards to Brizzy Voices, who is just as funny and talented as Brian, videos on her channel I especially liked watching this quarter are voice impressions of red characters (such as Garnet from Steven Universe and Anger from Inside Out), her version of Do You Want to Build a Snowman? from Frozen and voice impressions of male cartoon characters as girls. 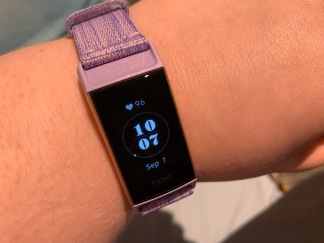 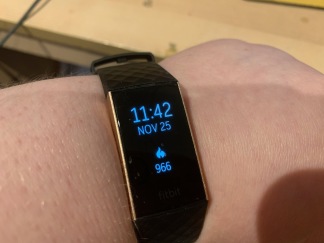 As a Christmas present in 2016, my dad gave me an original Fitbit Alta and it was a great way to keep track of my steps as I walked; however more recently, one of its straps kept popping off and it was virtually impossible for me to keep it on. This made me want to buy a new Fitbit as I couldn’t find anywhere online that sold replacement straps for the original Alta. I originally thought of buying the Fitbit Versa, but after having done more research, I decided to purchase the Fitbit Charge 3 because I preferred its style and it was cheaper than the Versa. During my research, I saw that the Charge 3 was even cheaper in Argos than if I ordered it directly from the Fitbit U.K. website, so I bought it from the former.

I chose the Fitbit Charge 3 Special Edition in rose gold with a lavender strap. It is a few notches above my old Alta because it monitors my heart rate; it tracks the number of floors I walk as well as steps, distance, calories burnt, sleep and active minutes; and it is water resistant up to 50 metres, so I can wear it if I want to go swimming. The Charge 3 also came with a black strap so that I can wear it with a wider range of outfits. Like with my old Alta, I can transfer data from the Charge 3 to the Fitbit phone and tablet apps via Bluetooth.