The December 2019 box consisted of the following items:

These had a rich and buttery taste with a wholesome spinach flavour and a tangy cheese taste even though they were a tiny bit on the salty side. I first ate these with Heinz Seriously Good Mayonnaise mixed with Very Lazy Chopped Garlic (also in this month’s box) and they made a heavenly combination. 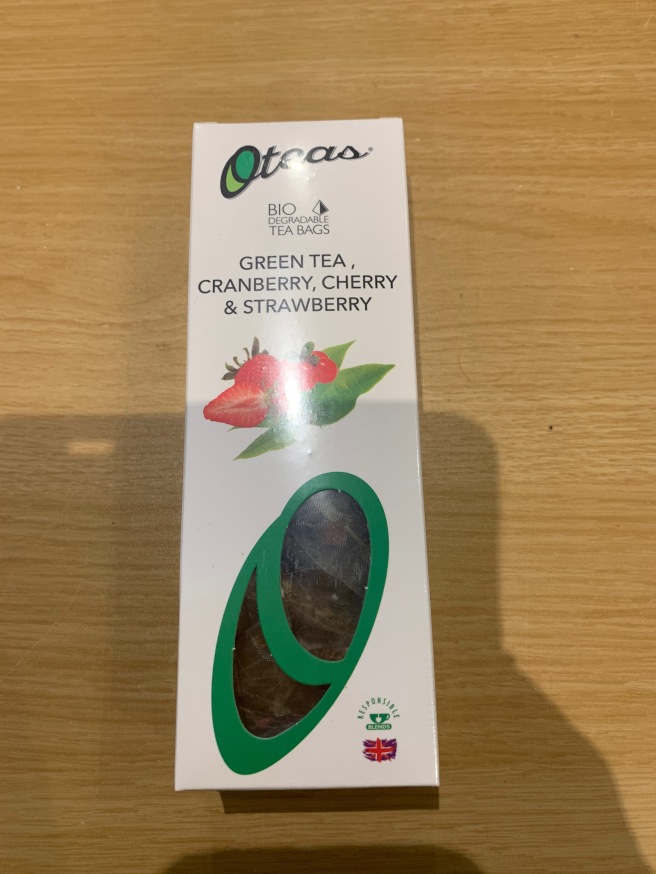 It was interesting to receive these after I had already received the Oteas Thé Noir À l’Abricot (black tea with apricot) in my May 2019 box. Since I don’t like green tea, I gave these to my dad to pass onto my sister. She thought they were very nice overall.

These appeared darker than they do on the design of the packet and contain 60% less fat than similar products. They tasted like rice cakes to begin with and they had a slight washing up liquid-like aftertaste, but they had a very good crunch and a tangy sea salt and vinegar taste.

King Monty is marketed as, “Chocolate for everyone.” It is made with rice milk instead of dairy milk, thus making it dairy-free, gluten-free, vegetarian and vegan. Both bars I received were in a similar shape to four-finger Kit Kat bars.

The Pop Rice variety tasted like a combination of milk and dark chocolate while the popped rice gave it a pleasant crispy texture. 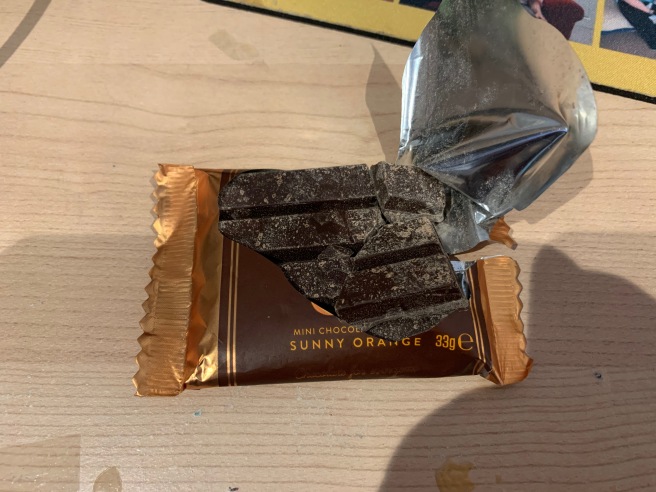 I usually love chocolate orange combinations, but unfortunately I didn’t like this Sunny Orange bar as much. It started off with a medicine-like orange taste, then I could detect a spiced orange flavour reminiscent of that in the Sweet Freedom Orange Spice syrup and finally, there was the aftertaste that tasted like Turkish delight, which In also dislike. 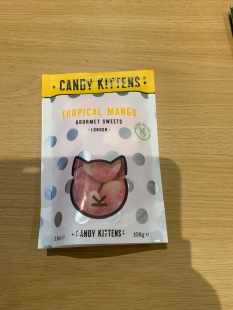 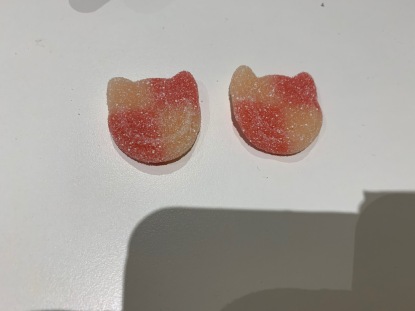 I’ve tried other flavours of Candy Kittens before, including the Wild Strawberry ones from my April 2019 box. These had a slightly fragrant mango taste and their familiar sour tang.

I was surprised to hear that Indie Bay made chocolate coated pretzels when I found them in this month’s box, but they sounded very interesting. 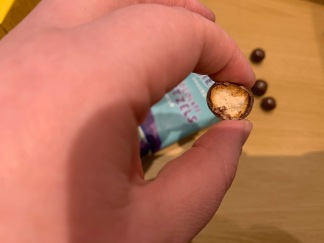 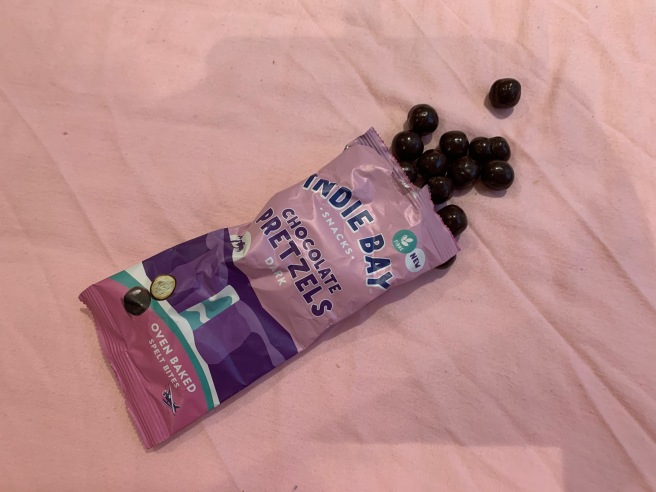 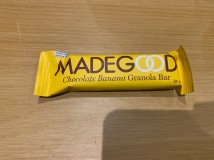 I enjoy chocolate and banana combinations, some of which included Chupa Chups lollipops from my childhood and youth that are no longer available in this flavour and chocolate coated foam or marshmallow banana sweets. Some slightly healthier items that used this combination are Made Good Granola Bars. Although I could barely detect the chocolate flavour, I liked the chewy texture of these bars as well as the banana taste. 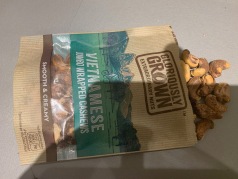 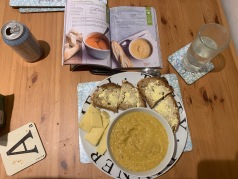 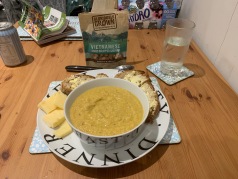 When I first saw that my box contained these, I was originally going to donate these to my local food bank because I thought they were going to be spicy, but upon closer inspection, I saw that they were plain cashew nuts. These were quite salty, although they lived up to their jumbo name and they were key ingredients of an apple and cashew soup I made from a recipe book called Vegetarian Nosh for Students by Joy May.

After having received the Very Lazy Garlic Paste in the September 2019 Degusta Box, I was pleased to find the jar of chopped garlic in this month’s box. As mentioned at the beginning of this post, I mixed it with mayonnaise and it has since become a staple for rice and pasta dishes. I have also repurchased this item. 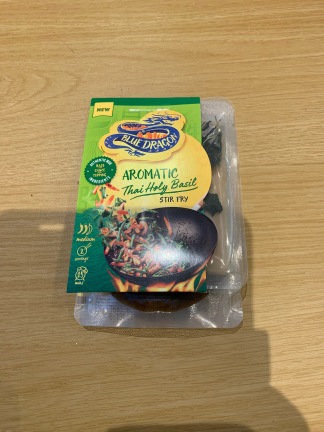 These are the only items besides the tea that I haven’t tried. While I’m keen on giving the Teriyaki Skewers kit a go, I passed the Thai Holy Basil Stir Fry kit onto my dad to give to my sister’s friend. I have no idea if my sister’s friend has tried the stir fry kit though.

I was mainly satisfied with this box on the whole. To bring this post to full circle, my favourite items were the Very Lazy Chopped Garlic and the Arden’s Gruyere and Spinach Twists. My least favourite item was the King Monty Sunny Orange chocolate bar. The rest of the items I have tried ranged from satisfactory to very good, but I have yet to try the Blue Dragon Street Food Teriyaki Skewers kit.

Overall rating including my sister’s for the Oteas Green Tea, Cranberry, Cherry & Strawberry Teabags and excluding the ratings for the Blue Dragon items: 83/130

Disclaimer: This is not a sponsored blog post. All opinions except my sister’s on the tea are entirely my own.